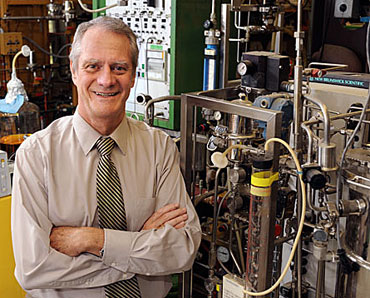 Van Leeuwen, an Iowa State professor in the department of civil, construction and environmental engineering, is being recognized for his work to use microscopic fungi to improve the production of biofuels and for other innovations to protect the environment and improve water quality.

"This is great," van Leeuwen said. "I feel more than a little bit humbled by people who have won this before."

Previous winners include Larry Page, co-founder of Google; Elon Musk, a leader of PayPal, SpaceX, Tesla Motors and SolarCity; Burt Rutan, developer of SpaceShipOne; and Dean Kaman, the inventor of the Segway Personal Transporter and founder of the FIRST organization that works to inspire children to study science and technology.

"I do appreciate that by presenting this award, R&D Magazine is recognizing the importance of the environment and finding ways to create new products from wastes and ultimately feed a hungry Third World," van Leeuwen said.

Earlier this year, a research team led by van Leeuwen won one of the magazine's R&D 100 awards for using a fungus to convert wastes from biomass processing into biodiesel.

In 2008, van Leeuwen led another research team that won an R&D 100 Award for its work to grow microscopic fungi in leftovers from ethanol production. The researchers' goal was to improve the efficiency of the corn-to-ethanol conversion process while producing a food-grade, high-protein fungus for human or animal consumption.

"This is something that could feed a lot of people," van Leeuwen said. "It could supplement diets and help people live healthier lives."

Van Leeuwen's innovator award will be presented Nov. 12 at the Renaissance Orlando Hotel at SeaWorld in Florida.

"I'm not necessarily the most deserving of this award," van Leeuwen said. "There are lots of people who could aspire to this. But I guess it's the right idea at the right time and I've had lots of excellent contributions from my research collaborators." 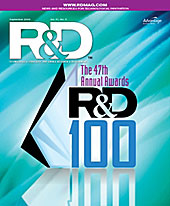 Iowa State's Hans van Leeuwen is being honored as R&D Magazine's 2009 Innovator of the Year for his work to improve biofuel production and his innovations to protect the environment and improve water quality.

"I'm not necessarily the most deserving of this award. There are lots of people who could aspire to this. But I guess it's the right idea at the right time and I've had lots of contributions from my research collaborators."

Nature's Way to the Biofuel Future