AMES, Iowa -- It appears as though exercise pain does have plenty of gain when it comes to fighting off the severe effects of the flu. A new study by five Iowa State University researchers on mice infected with the flu virus suggests that a moderate workout per day may just keep the doctor away -- or at least diminish the severity of the flu's symptoms.

The ISU researchers found that mice that regularly ran on a treadmill over a three-and-a-half month period developed less severe symptoms from the flu virus than those that were not subjected to exercise, and had less influenza virus in their lungs. The mice that regularly exercised showed lower levels of inflammatory factors in their lungs soon after being infected with the virus.

"Perhaps the moderate stress from repeated exposure to moderate exercise might then improve your ability to respond to other stresses, such as influenza," said Marian Kohut, an ISU associate professor of kinesiology and the study's lead researcher. "We're continuing to try and find out if that's true, then what are the mechanisms?"

What's more, even a group of mice that ran on the treadmill for just 45 minutes on the day of their infection experienced some short-term benefit in diminishing the severity of the flu.

Kohut's team wrote in the paper that their results suggest that exercise boosts "early innate antiviral defenses." The study has been published online and will appear in the Nov. 1 print issue of the Journal of Infectious Diseases. Other researchers included Young-Je Sim and Shan Yu, ISU kinesiology research associates; Kyoungjin Yoon, a researcher from ISU's College of Veterinary Medicine; and Christie Loiacono from the National Veterinary Services Laboratories, U.S. Department of Agriculture, Animal and Plant Health Inspection Service in Ames.

Kohut says the results build upon previous ISU research conducted on human subjects who had been immunized with the flu vaccine. Subjects who participated in moderate exercise training for approximately one year had higher antibody levels in response to influenza vaccine than those subjects who remained sedentary.

Mice were used in the latest study because researchers wanted to use an active strain of the flu virus.

While the new literature confirms the value of exercise on strengthening the immune system, Kohut emphasizes that moderate exercise has only been found to be beneficial before infection.

"I don't want to give anyone the idea to try and go out and exercise when they already have the flu. There is no evidence to indicate that has benefits in humans," Kohut said. "Previous research in animal models suggests that forced exercise when ill can make the illness more severe. So the key is to exercise before you get sick."

She also urges people to exercise in moderation to experience the health benefits. Regular high- intensity workouts have even been found to be harmful.

"We can say that for the mice, the exercise in this study would be a moderate intensity," she said. "There is certainly some previous data that found that severe, prolonged, intense exercise could make the infection actually worse. There are some previous studies reporting a higher incidence of infection following prolonged exercise, such as running a marathon, so too much exercise is probably not a good thing."

Kohut says people who are both immunized with the flu vaccine and also participate in regular, moderate exercise substantially strengthen their resistance to becoming infected by the virus.

The new study is part of a five-year project by ISU researchers, funded by the National Institutes of Health, to identify mechanisms by which exercise may improve resistance to infection under conditions in which immune responsiveness may be compromised -- such as aging and stress. 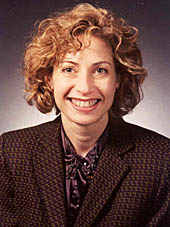 A new study by five Iowa State researchers on mice infected with the flu virus suggests that a moderate regular workout may diminish the severity of the flu's symptoms. The study has been published online and will appear in the Nov. 1 print issue of the Journal of Infectious Diseases.