AMES, Iowa -- Gloria Gibson, executive vice president and provost and interim president of the University of Northern Iowa, will present "On Leadership" at Iowa State University. Her talk will be at 8 p.m. Tuesday, March 29, at the Scheman Building's Benton Auditorium. The presentation is part of the university's Martin Luther King Jr. Holiday Series and the Women's Leadership Series. It is free and open to the public.

"We are delighted to welcome Dr. Gibson to campus to speak about her experience of leadership," said Dawn Bratsch-Prince, ISU associate provost. "Since joining UNI, she has had to steer the university's academic enterprise through difficult economic times. And more recently, she has assumed the responsibility of interim president while UNI President Ben Allen is on medical leave. She will be able to address firsthand the strategies for leadership in changing times."

Gibson assumed her current position in July 2009. She was formerly the dean of the College of Humanities and Social Sciences and a professor in the Department of English, Folklore and Ethnomusicology at Arkansas State University, Jonesboro. She earned her doctorate in folklore, with an ethnomusicology concentration, from Indiana University, Bloomington. She also has doctoral degree minors in Afro-American studies and African studies.

Gibson's talk is cosponsored by the Women's Leadership Consortium and the Committee on Lectures, which is funded by the Government of the Student Body. More information on ISU lectures is available at http://www.lectures.iastate.edu, or by calling 515-294-9935. 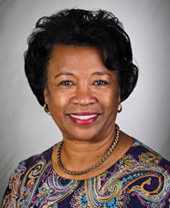 Women's Leadership Series
Free and open to the public